“It has provided us with a tool to drive performance across every level of the business so we are totally aligned with what we are here for.” 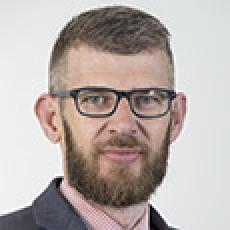 Hamilton City Council (New Zealand) commissioned us to help them improve the performance of the organisation following a public tender to supply a business-wide performance transformation framework.

We started deploying our Performance Transformation Programme under the brand name 'Connected' in January 2016. It has since been rolled out across all 27 business units to reach the Council's 1,100 staff.

Q&A
Richard Briggs
CE, Hamilton City Council
Why did you look at a performance transformation programme?

I was very focused on how we could build an organisation that could make a greater difference to the community.

I wanted us to deliver far greater outcomes for Hamiltonians and while I knew the organisation had significant potential, I also knew we had 15 different leaderships programmes across the organisation and no one true definition of high performance.

So, when I became the CE, I focused on what we could do to drive a more coherent, collective outcome. Effectively unleash the potential of 1100 staff to make this massive impact on the community.

Why did you choose SPS' programme?

We went to tender as we wanted to find a complete solution that spanned the business as that was really important to me. There was no point bringing in different providers for different aspects, I wanted something that was end to end that would drive high performance collectively and could actually be ingrained in the organisation.

What most organisations do, including us prior to bringing in SPS' programme, is use different systems and processes to try and do different things but there’s no coordination so you can’t leverage it; and yet those providers still call it high performance. Unfortunately, their approach does nothing more than drive lip service as everyone talks about performance but nothing really changes.

What I liked about SPS' Performance Transformation Programme was the fact that it was a complete solution that would help us transform the business so we could better deliver on our purpose which is 'To improve the wellbeing of Hamiltonians'.

By bringing it in, it provided us with a tool to drive performance across every level of the business so we are totally aligned with what we’re here for - which is what it's about. It's (the programme) absolutely designed for that ambitious move forward by providing absolute clarity about what world-class looks like and giving you the tools to achieve it.

What were you wanting to achieve?

I wanted to be in a position where we had one clear, defined way of working. When I first started in the role, we had 15 different leaderships programmes along with a whole bunch of culture tools which meant every person was able to apply different tools and techniques to suit themselves which was creating confusion and sub-optimal performance.

The second thing was that I wanted to create a single vision for the organisation so we knew exactly what we were going to deliver to the community. To achieve this, however, I knew I needed a framework that would enable me to get everything lined up in order to execute it across the business. I wanted it to be simple, but I also wanted it to be impactful.

What difference has the programme made?

It’s made a huge difference. It’s allowed us to get beyond the differing views and ways of working to a common vision and language that’s focused on why we're here and what we’re trying to deliver.

It’s also clarified the purpose of leadership meaning every leader knows why they are here and what it looks like from a performance perspective.

Today, we have an absolute focus on our strategy which we’ve never had before. We also have a workforce that knows why they are here and how their role improves the wellbeing of Hamiltonians. Today, everyone knows that.

The other thing we’ve got is more confidence in our role and relevance in the community and how we'll deliver the outcomes we’re promising them.

Because of this, our engagement has increased significantly, as has our productivity and Health & Safety measures. Because of these improvements, we are now seen as the number one collaborative council in the country which is allowing us to jump to the head of the queue in terms of both government initiatives and funding.

In fact, we’re the people central government agencies are now calling on for guidance and support. We’re being used as a test case on a number of beacon projects which has allowed us to secure huge funding from central Government because we’re seen as a highly proactive council which we wouldn’t have achieved without the programme.

We have also extended our leadership to ensure we’re influencing the community with impact. What we have essentially done is leverage SPS’ programme to influence people beyond our standard reporting lines so we can help our stakeholders deliver greater benefits to the community.

It’s interesting because Councils aren’t typically known for being sexy but the programme has enabled us to advance beyond the bureaucracy to become an organisation that’s seen as being critically important to the community. It’s also given our people a sense of clarity and pride that they’ve never had before so we’re now seeing a passion for what we do coming through from around the organisation.

What impact has the programme had on the organisation’s leadership?

We have made it really clear that we want our leaders to influence their people so they can deliver better outcomes. By rolling the programme out, we've made everyone in the business clear about what they’re there to do so they can get on and deliver it. To achieve this, it’s required our leaders to have far more strategic conversations with their people about where we are heading, what our priorities are and how they are contributing to them; all things the programme has given us the tools and confidence to do.

What have been the benefits of the programme?

Being able to secure a whole lot of interest-free debt from the government, getting a whole lot of extra funding for special projects, doing some really innovative stuff that we weren’t able to do before, and driving them off the balance sheets we've been working on, they are all direct benefits of the programme.

The other benefit is that the culture has improved significantly so there is a lot more innovation across the organisation. There is a lot more of the spark we all like to work with. It’s really exciting as people know they can give it a go, which is really cool.

The other big benefit is that we are now in a position where we have 1100 staff that are thoroughly focused on the community and in doing so, turning out greater work than they did before which is gold. And they’re not working longer hours; they’re just more focused and making sure that what they’re doing is absolutely aligned with our strategy. They’re also doing it with the view of trying to be the best version of themselves which makes me extremely proud.

What are you most proud of?

The fact the organisation is humming.

What I’m most proud of though is seeing individuals that have unleashed their potential. What they were delivering 3 years ago was great, but what they are doing now is New Zealand class and that’s a big change and entirely a result of SPS' programme.

It’s all to do with just taking a very simple approach but leveraging it across the business. Ensuring everyone understands the benefits it offers and driving it hard for the betterment of the organisation and our community.

How will the programme help you in the future?

We have moved significantly as an organisation due to the programme. It is absolutely amazing to see where we are now from where we were when we started but also where are we going.

A great thing about it is that it’s allowed us to keep resetting the benchmark about what high performance looks like which is enabling us to set ever more ambitions targets for ourselves. The fact it is absolutely designed to drive that ambitious move forward creates absolute clarity about what world-class looks like in the context of the community - and therefore what we’re aspiring to achieve for Hamiltonians.

I expect that if we keep true to the programme (process), and keep driving it hard, we will keep stepping up as it’s a formula our people know and trust.

What advice would you give other organisations considering SPS' Performance Transformation Programme?

This framework, the solution, is the best high-performance programme in the country and competing as one of the best in the world.

I had a very clear vision of what I was trying to achieve. I knew I wanted to improve the wellbeing of Hamiltonians but to do that, you have to get everyone absolutely focused on that purpose. And that is part of the battle but if you really want to leverage your organisation, align your staff and go forward, I thoroughly recommend you engage Steel Performance Solutions.

“We have 1100 staff that are thoroughly focused on the community and turning out greater work than they did before which is gold. And they’re not working longer hours; they’re just more focused and making sure that what they’re doing is absolutely aligned with our strategy.”